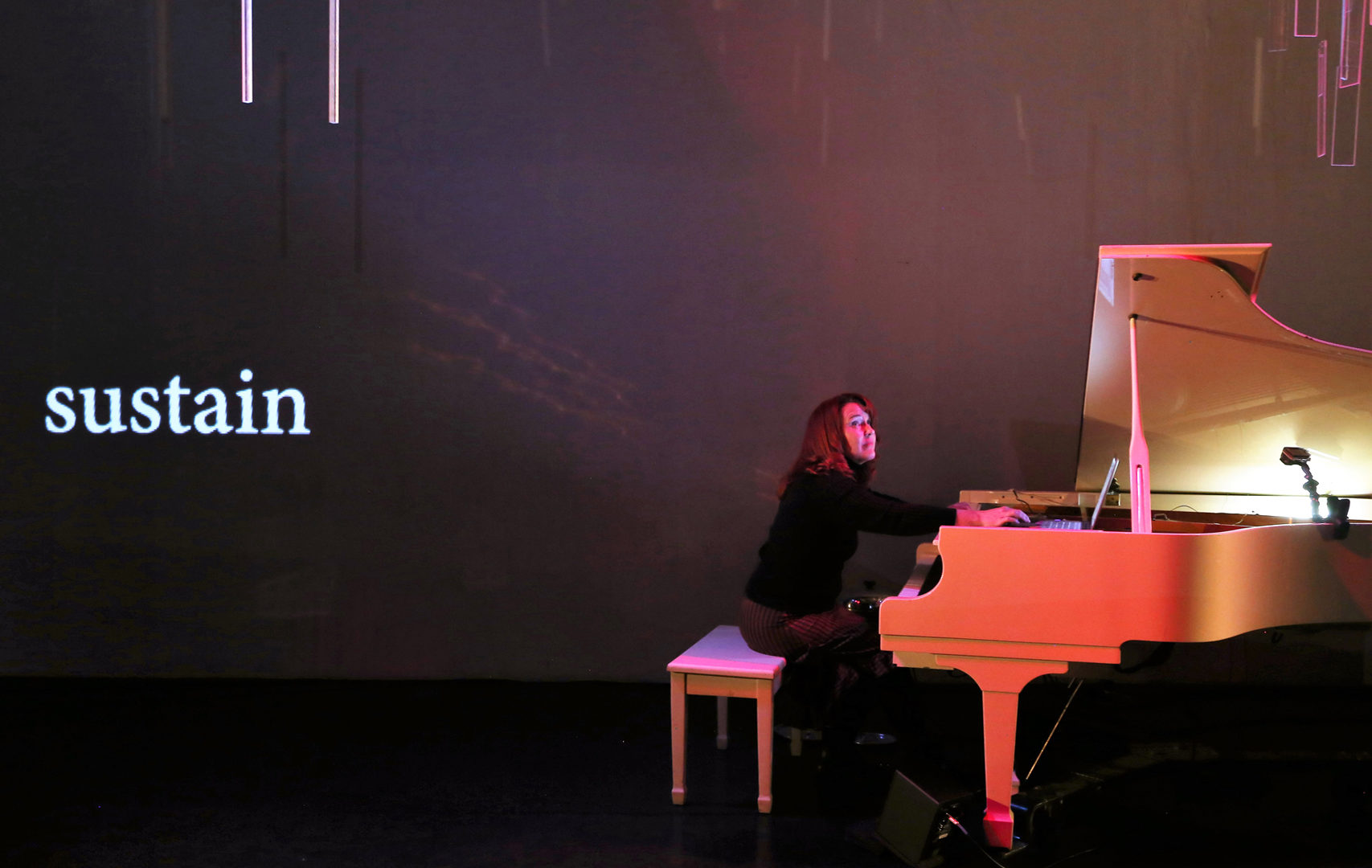 Renée T. Coulombe is a musician, scholar, and entrepreneur of considerable breadth. At once a composer of instrumental, electronic and acousmatic works, she is also an active improvising and experimental pianist and vocalist, a commercial and independent producer and publisher, a transmedia installation artist and performer, and an academic and scholar engaged at the intersections of critical theory, music and media.

In 2018 she founded The Willows Nest, a collaborative production platform and informal art space in Friedrichshain, Berlin where she serves as artistic director. She teaches music composition, theory, media scoring and artistic production at Catalyst Institute for Creative Arts and Technology at the historic Funkhaus facility in Rummelsberg, Berlin. She is also an Audio Engineer and Producer for the innovative audio app Blinkist.

In 2010 she founded Banshee Media as the parent company for her print and online streaming publishing of critical and artistic content, including The Sounds Curious Podcast.  In that year she also founded the transmedia performance collective Improvised Alchemy to sustain long term collaborative and improvisative performance events across borders, genres and disciplines.  She maintains a brisk touring, presentation and residency schedule at Universities and artistic institutions around the globe as a solo artist, with her collective and a variety of other collaborations.  When not creating audio and media art, she spends her spare time as a designer of sustainable and eco-friendly art clothing and accessories, available through her shop: Banshee House of Make at Etsy.com.

Educated in instrumental and electronic music composition at the Conservatoire de Nantes and Connecticut College, Columbia University (MA) and the University of California, San Diego (PhD), her original compositions have been performed across the globe at notable venues from Roulette in New York, to the Open Fist Theatre in Hollywood or The Armory Center for the Arts in Pasadena, the Bimhuis in Amsterdam to Sonic Arts Research Center in Belfast.  As founding member and performer with Erroneous Funk, she has thrown down insane grooves for over a decade at venues big and small, like the  Viper Room in Los Angeles, Dizzy’s in San Diego, and The Roy O. Disney Hall at CalArts.  She has pieces available on the Everglade and Open Space labels as well as her own, Banshee Media.

Her critical writings have been published in books, anthologies, and journals, with topics ranging from feminism and race in Punk and Blues, postcolonial analyses of Drum and Bass, sonic hauntology in televisual media, improvisation and collective performance in post-techno EDM praxis. She presents regularly as artist and scholar at conferences and festivals around the globe both as invited and peer reviewed presenter. From 2000 until 2010 was an Assistant Professor of Music Theory and Composition at the University of California, Riverside, where she taught graduate and undergraduate theory and composition courses. There, she also founded and directed the UCR Free Improvisation Ensemble, and produced an international improvisation festival (2004), a Digital Arts Network Research Exchange (2007) and the UC Institute for Research in the Arts’ annual conference/festival Demonstration (2008). In addition to founding the genre-bending free funk band Erroneous Funk (Los Angeles) in 2001, and in 2004 she created the Adaptable Girl digital performance collective. From 2012-2014 she taught music theory and composition at Mesa College in San Diego, and in 2019 she was a Mentor in the Performance Studies Masters Program at Universität der Künste, Berlin.